I Got Locked up inside an Ancient Egyptian Tomb

Many tourists in Egypt come to Luxor’s Valley of the Kings to see some of the magnificent tombs hidden away deep inside the mountains. But only very few can say that they been locked up inside one. This happened to me when I sneaked into a press event organised by the Egyptian government.

I was out with another backpacker visiting the Valley of the Kings without a tour, when I noticed a convoy of cars rushing passed us on the road leading towards the site. I knew right away that someone important had planned a visit on the same day as us.

After paying our (student) entrance fees, we walked in and saw a lot of press. It turned out that the minister of Antiquities, Mamdouh Eldamaty, came to open up a few new tombs. So right away I pulled out my own camera and pretended to be among the invited. I told my fellow backpacking friend to ‘act as my assistant’. Without hesitation we sneaked passed the security and went down the steps of the Horemheb tomb.

We descended at least 30 meters underground before we found out we were almost alone. Most of the press had already moved on to another tomb, leaving us almost on our own exploring this unfinished tomb. 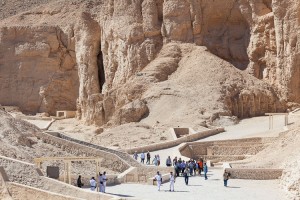 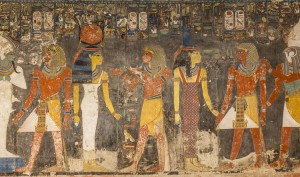 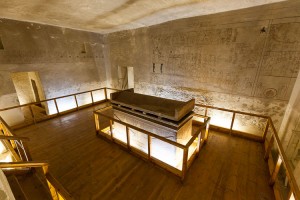 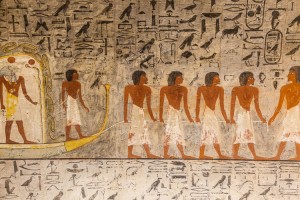 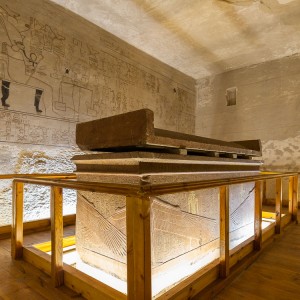 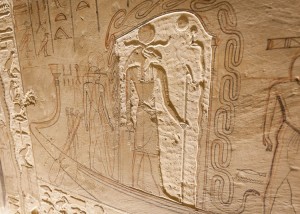 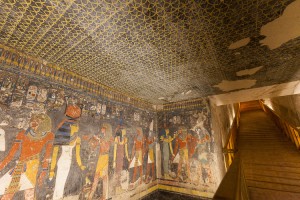 I was still taking some photos when all of the sudden all lights switched off, rendering complete darkness. A power cut perhaps? I was convinced everything would be restored in a matter of seconds. So I just turned on my phone light and asked the others to do the same. I mean, who would ever get to experience an ancient tomb, deep underground, all by yourself in complete darkness? This is probably as close as possible to what the first explorers must have experienced when they discovered the tomb. I needed to take a picture of this moment.

But out of our 4-person group there was one camera woman who freaked out. She ran up the stairs and found the door had been locked. I thought: “Why would someone ever shut down the entire tomb without even checking if someone’s still in? Is this even happening?”

One guy checked the lock and tried to force it open from the inside. Of course he never succeeded. Then he grabbed his phone but there was no phone reception being still 5 meters underground. So all he and the girl could do was make noise and hope someone would hear them. I figured since I did not speak any proper Arabic, it was better to leave it up to them and just take some pictures. Finally after a few minutes a person showed up with a key and let us out.

I started talking to the minister. He responded by giving me a personal tour.

Unfortunately we were too late to keep up with the minister’s entourage, so we could not visit a second tomb in the Valley. Yet I kept my role as international media and managed to sneak into a bus that took part in the minister’s convoy. No questions were asked by anyone and within seconds we were all on our way to some other tombs at a different location. I had no clue where exactly, but since it was a perfect way to see unique things for free we just gave it a try.

Once arrived 5 minutes later, basically the minister did a speech in front of the press and allowed us to have a look into three new tombs that have never been opened to the public before. Inside one of them, I noticed security was much lower so I started talking to the minister. He responded by giving me a personal tour.

Outside I was then interviewed by Voice of America and the Associated Press, mainly about my perceptions of tourism safety in Egypt. I said everything was fine, as long as you stay away from the northern parts of Sinai. Moreover, I told the media it’s always much better to see the situation for yourself instead of judging your opinion only on secondary sources.

At the end of the press event I approached the minister once again, this time to thank him and take a quick selfie for the memories. The man had given me a unique experience, and he wasn’t even aware of that!

The story of the opening of the tombs was published all around the world. Some examples are here and here. In the Dutch media also a small article was published by Nu.nl.